« Ghanaian artist Azizaa first bewitched us with her unique brand of « Voodoo Music » last year when she dropped the song and video for her single « Black Magic Woman. » The singer vehemently criticized Western religion and what she believes is its toxic hold on Ghanaians. Her delivery was clever and assertive, and she had the stylistic prowess to match.

Not much has changed since then. The singer’s conscious decision to embrace more traditional forms of African spirituality continues to guide her artistic endeavors and we continue to be intrigued. The singer says that her upcoming album Vodua will give listeners a deeper look into her complex spiritual world.

We got a glimpse ahead of time by checking in with the anomalous artist. We talk voodoo (of course), Yoruba spirituality by way of Beyoncé’s Lemonade, and the creation of her aptly named new single, « Voodoo Pussy, » which the singer describes as « an ode to women everywhere who know the power of their magic box. »

Read the conversation below featuring photography by Dexter R. Jones. 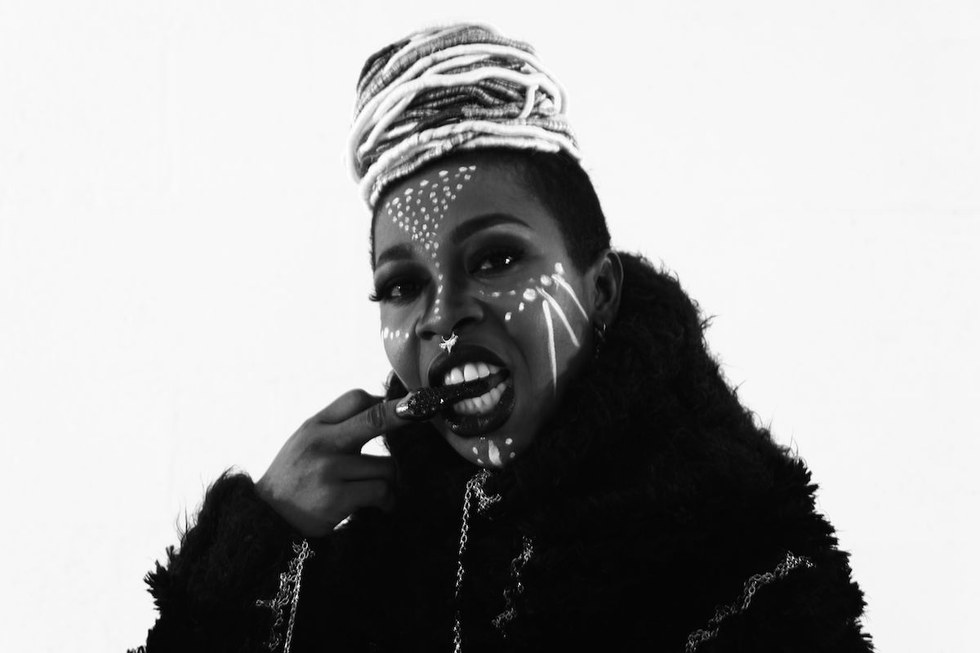 Can you give us some background about yourself and how you got started?

I come from a family that sings, almost everyone is a musician in my family. It also stems from our culture. In the Ewe culture, there’s a song for almost everything.

Can you tell us how voodoo has influenced your art?
I think voodoo is what I call art, because I am unable to find an English word for it.

Is there a difference between voodoo and religions like santeria?
I believe they’re the same thing. Santeria is heavily influenced by the Orishas system from Yoruba culture whereas Voodoo is the ancestral way of worship from the Dahomey culture. It’s technically the same or a similar form of spiritual practice from two different cultures.

What do you think of Beyoncé’s Orisha symbolism in her recent Lemonade release, does it make you feel better to have people more aware of the culture?
Absolutely! I was happy to see Lemonade. For me its an introduction of the African deities/Orisha to the masses.

Let’s talk about « Voodoo Pussy » and the rest of the album. Tell us about this new release.
I recorded #VoodooPussy at Villain sounds in Ghana. It was produced by Kuvie, the same producer who produced « Black Magic Woman, » then I brought it up to Brooklyn to RadianLab and got it mixed and mastered by Moni Delgado who also added some sick background vocals. Some songs on the album are produced by other producers. I like to experiment with how I create my sound and art, but I like to stick to the people I work with for the simple fact that my voice requires a sound engineer who gets it, besides, I don’ t like special effects on my voice. 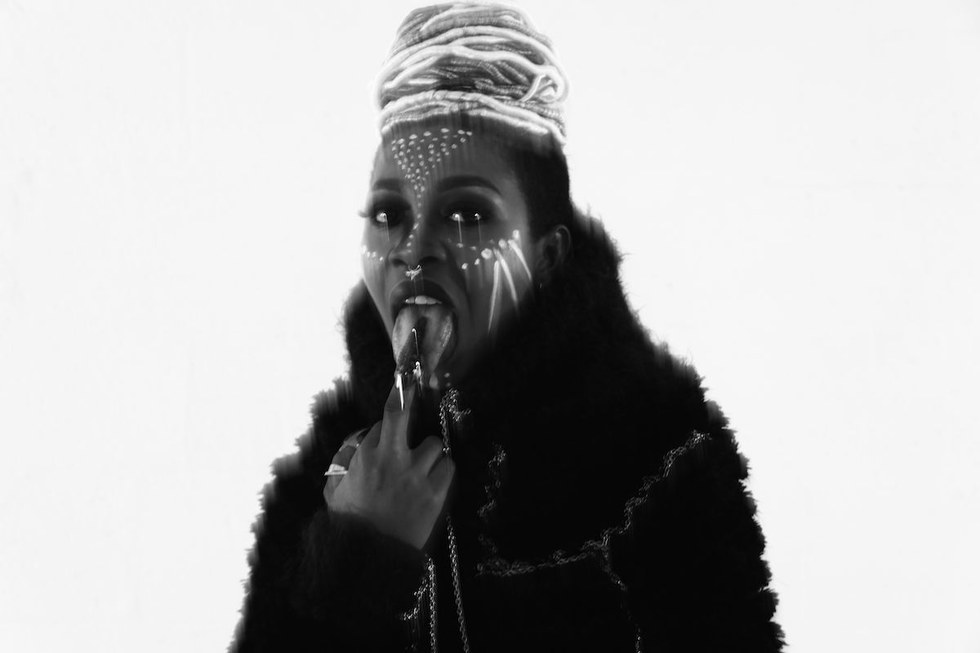 Your previous single « Black Magic Woman » denounced Christianity, will the rest of the album follow that theme?
Yeah, pretty much. The album is called VODUA which means « The Deity » so the album has a bit of a trap, where you get a peep into the demented mind of a « Black Magic Woman » and you get to see how I interact with the spirits I see and dance with.

What other projects are you working on right now?
I have a jewelry line called KORGA Pieces. ‘Korga’ means something beautiful to adorn the neck with, and as part of our culture the size of your neck piece speaks volumes about your elegance so it takes weeks and sometimes months to create a Korga piece. The black piece I had on my neck in the black magic woman video took 6 months to create and required 8 hours a day of work. I just introduced my intimate jewelry collection to the website