Sing to emancipate the African woman. Les Mamans du Congo & Rrobin: a unique encounter between the Bantu lullabies of the Congo, electronic music and hip-hop.

A hybrid project which gives pride of place to dance and which highlights the daily life of Congolese women in a daring way and above all connected with her time. Since July 15, Boum is available on all digital platforms. This is the first single from their eponymous debut album which will be released on Friday November 11 in physical and digital format. 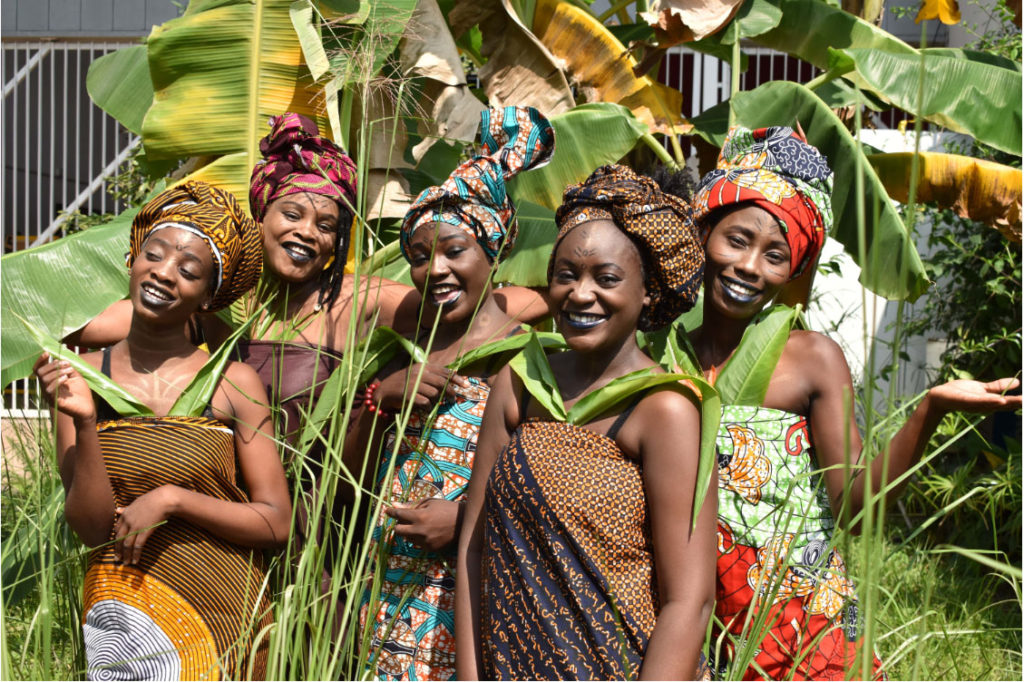 Gladys Samba, renowned singer and percussionist, had for years wanted to revive and popularize the lullabies of the Republic of Congo, considered a real cultural heritage of her region. In 2018, with the help of the Institut Français du Congo, she achieved this through the production of the show « Les Mamans du Congo ». Forks, plates, baskets, pestles and recovery material accompany with rhythm and subtlety the voices of the five Mamans du Congo.

For his part in France, the artist Rrobin has been exploring electronic music and hip-hop since 2013. In 2018, he produced the album Déluge in collaboration with distinguished guests such as Grems, Spoek Mathambo, Nancy Fortune or Hedi Yusef. More recently, Rrobin was brought in to work with La Coopérative de Mai (Clermont Ferrand) as part of its scheme dedicated to young talents. On the label side, Rrobin is one of the eminent artists of  Galant Records label. On the show side, he has been part of Spread The Word Agency roster since 2018.

.
The Institut Français du Congo and the Coopérative de Mai, partners on the « Visa pour la Création » project, had the idea of meeting Maman Glad ‘ and Rrobin in order to create an unprecedented mix of traditional sounds and current sounds. It was in the fall of 2019 that Rrobin decided to go to Brazzaville with Céline Frezza – sound engineer and artistic director of Galant Records – for 10 days of modeling in the studio. The project then comes to life through the recording of the first models. The common desire to make an album and especially a tour becomes evident when listening to the titles.
.
Pre-order the album here